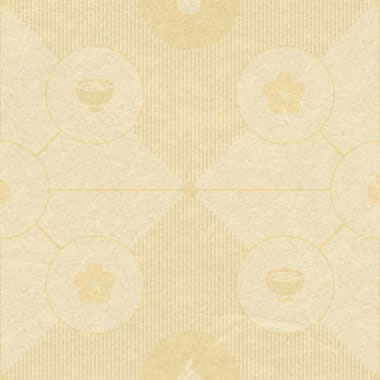 What's on your mind?

Okay. I both love and hate this anime and the characters. Don't get me wrong, it is well written and well animated and all that nice stuff. I just need to rant on some things about the relationships and *spoiler* facts that came out in the anime. I can't wait for the light novels to be translated into English so that I can read them, even though I will be rooting against Aoi and Odanna getting together in the end. There will be spoilers here.

1. Aoi's grandfather is a jerk. He purposely wracked up that bill to his good buddy the ogre in order to sell his granddaughter to him. He then proceeded to lie to and basically train Aoi to be a good homemaker and cook for her future 'husband' and the inn. If he really cared about her, he would've taught her how to use her spiritual powers to fight any spirits that attacked her, etc. etc., like a priestess would, and like he had. He obviously had spiritual powers that somehow manifested like superhuman abilities, and since she inherited that she should be able to do the same. But no, he decided that he would treat his ogre friend to a human so that he wouldn't have to worry about Aoi ever again (which is NOT what parents, grandparents are supposed to do; they are supposed to worry about their grown-up kids but let them be free to live their own lives), ie, he is a selfish jerk. If he weren't already dead when the story starts, I would have wanted him to be offed by another character.

2. Odanna is a jerk. He may be 'nice' for an ogre, but he's still a jerk. Late in the anime Aoi discovered that the ogre visited her once when she was little and dying, and after that it was Ginji that kept her alive and made friends with her under orders. Then after Odanna kidnaps her and blatantly tells her he bought her to be his life long fetish (he wants to eat her but can't, he admits this in the first episode) and sex slave. After she rejects him and being sold like a freaken slave he has the nerve to be offended and even threatens to eat her several times. Also, he's one of the most powerful beings in the spirit realm, so he has most likely eaten a LOT of humans. JERK with a capital J. He was only interested in marrying her for his own benefit, not because he actually liked her or cared about her, else he wouldn't have sent Ginji to take care of her when she was abandoned and DYING, and he would've gone himself. The fact that after spending time watching her and being with her he begins to like and respect her is after the fact and the damage has already been done. The only way I could see him redeeming himself at this point is if he releases her from the contract and volunteers to send her home. Oh, and he hides his true form from her the whole time, so that she'll be more likely to accept him I guess and not scare her with the truth. Jerk!

3. Ginji is...well, he's a doormat. His loyalty to the ogre blinds him to the truth of the situation. I think he genuinely cares about both Aoi and the ogre, but he wants them to get married regardless of what Aoi wants. He's helping Aoi save herself but only as long as it's with the ogre's agreement. There's no way she could count on him to actually help her get home, because he wants her to stay with his ogre friend, even if the debt is paid off.

4. The Master Tengu is a nicely mellowed old jerk. He was abusive to his family but he's nice to Aoi now. He even gave her the tengu fan and offered to pay her grandfather's debt. Dumb Aoi didn't use this to her advantage.

5. Aoi is a bit dumb, or maybe just under too much stress to think and plan for her escape home. Either way, once she had the tengu fan she could've made 2 choices to get home. She also could've found a way to study how her grandfather used his spiritual powers in the spirit realm, and how to fight and banish anything that attacked her, instead of relying on Ginji or Odanna to keep her safe all the time. When she got the fan, she could have easily traded it to the ogre for her freedom and safe passage home, DUH. She could tell when she received it that it was a 'big deal' so she's either dense or already falling for the jerk ogre who's been nothing but a terd to her up until this point. Or she could trade the fan back to the tengu, and in return they pay off her debt, and take her back to her home world. That way they could keep their fan, Odanna gets his money, and she gets a safe ride home with much friendlier spirits and is friends with their powerful leader for life. And since the tengu master already thinks of her as his own granddaughter, they might even check on her once in a while to make sure she's okay. Because, that's what someone who truly cares would do for a deceased good friend (and not force the grandkid into a fetish marriage)!

Then if the ogre really did want to marry her that badly, he could court her with them both being on equal footing. But I doubt he'd do that so early on in knowing her. He'd prolly try to eat her out of spite and hopefully she would know how to defend herself by then.